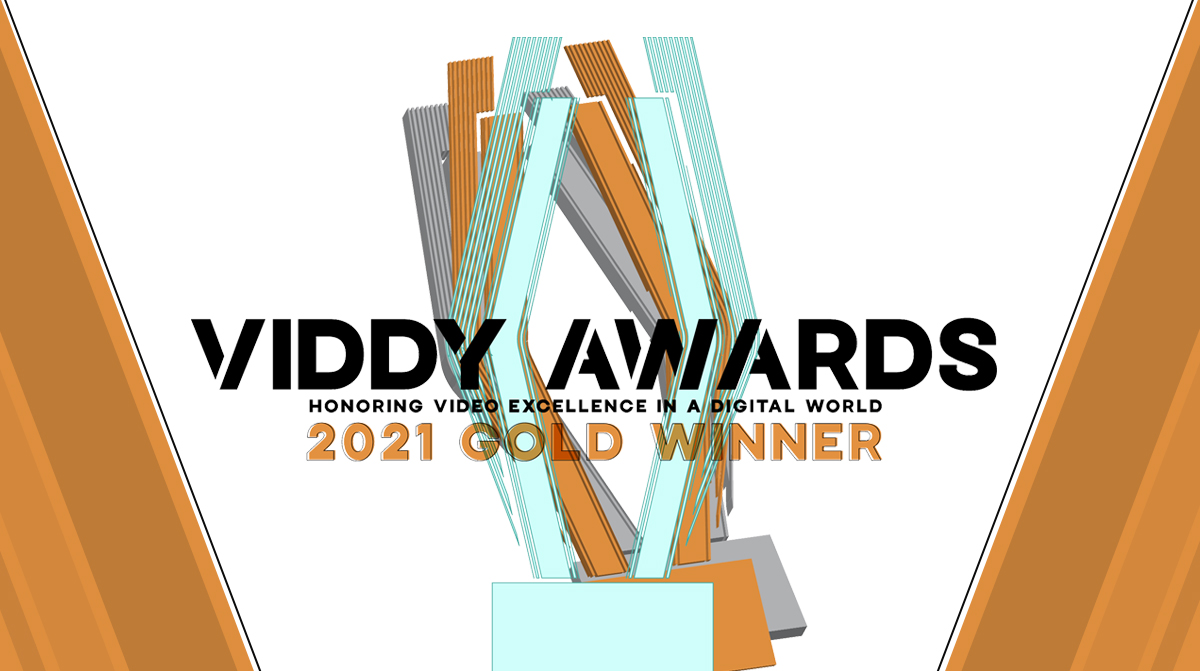 The Viddy Awards today announced winners for the 2021 international awards competition recognizing outstanding achievement in video and digital production skills. There were over 2,500 entries from throughout the United States, Canada, and many other countries in the 2021 competition. A huge shout out to our Creative Services team here at Advance Media New York for winning a gold ‘Viddy Award’ for a health and wellness long-form video they shot and produced (see video below). The award-winning video uncovered the inspirational story of Sherry Brescia (Nutritionist, Author, National Speaker and Founder of Holistic Blends). This prestigious recognition comes a week after winning two silver ‘Davey Awards’ and in a year where the team won two Awards of Excellence in the Communicator Awards (the largest and most competitive international awards program) while also taking home 20 New York State Creative Awards, which included the coveted John J. Evans Award for Advertising Excellence – a statewide honor.

The Viddy Awards, formerly the Videographer Awards, is one of the most coveted awards in the video industry. Since 1994, thousands of production and communication professionals have entered their best and most creative work. The goal of the Viddy Awards is to identify and recognize the video artisans who excel in the scope of their own environment. Winners range from network news operations to local cable access, from large video production companies to freelancers, and from international advertising agencies to student producers.

The Viddy Awards is administered and judged by the Association of Marketing and Communication Professionals (AMCP). The international organization consists of several thousand marketing, communication, advertising, public relations, media production, and freelance professionals who have entered AMCP programs. The Advisory Board oversees awards and recognition programs, provides judges, and sets standards of excellence. Winners were selected from hundreds of categories under the headings of Non-Broadcast, Broadcast/Cable/Subscription TV, Commercials, Pro Bono, and Achievement. The Gold Award was awarded for projects that exceeded industry standards and all the winners are listed on the Viddy Awards website at www.viddyawards.com.

This long-form video uncovers the inspirational story of Sherry Brescia (Nutritionist, Author, National Speaker and Founder of Holistic Blends) about the health issues she faced growing up, how she changed her life and how it inspired her to start her own company to help others. It was a pleasure working with Sherry and the team at Holistic Blends and we really felt inspired by them. If you’re sick, in pain, and want relief, we recommend getting in touch with Sherry. We’ve learned that with the right blend of nutrition-based products and diet tips, you can start feeling better fast!

We’d love to put our talent to work for you! Reach out to us at creative@advancemediany.com or use the form on our contact page.